No. 1 Discovery Place building played host to the second session of the Pareto Masterclass series.

The aim of the masterclasses is to expand the body of knowledge related to development in a way people can relate to, says Kekana.

Head of group facilities at Discovery David Pierre-Eugene kicked off the evening’s programme highlighting the outstanding features of 1 Discovery Place.

He was the project leader of the building project and explained that the motivation for Discovery vacating its old premises was to consolidate all the group’s brands under one roof.

The spatial area is 110 000m2 with each floor housing over 1000 people. The building is currently 90% occupied and the plan is to introduce banking into the second phase of building.

The innovative building was developed by Growthpoint together with Zenprop Property Holdings. It has received a 5-Star Green Star SA rating and it extends the boundaries of an energy efficient, environment- and occupant-friendly building.

It has a well-appointed ground floor plus eight levels of office space, a Tier 3 plus data centre, and an activities-related feature roof level.

The Gross Floor Area of Phase 1 and 2 jointly comprises about 150 000 m2, or approximately 18 rugby fields, with an additional 24 ‘rugby fields’ of parking space.

When the building launched in 2017, founder Adrian Gore set out the mission for 2018 stating, “our ambition as an insurer was to be the best in 2018, to provide excellence in innovation and financial strength and to also be a powerful source of social good.”

Baseline Project Management Managing Director, Rod Bernard outlined the complexities of moving 7000 people into the new premises, with its role of tenant project manager meaning it had to administer tenant and lease obligations.
The biggest challenge, he explained, was trying to level the playing field for all developers.

Baseline created the roll-out procedure for the entire project, from developers to contractors and all other parties involved.

It took 16 weeks to move all employees into their new space once the project was completed. 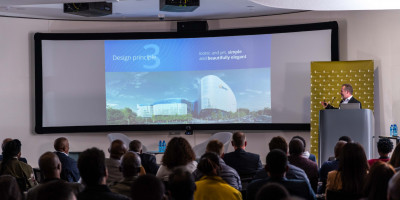 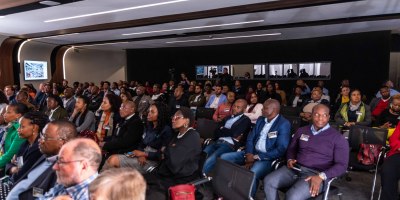 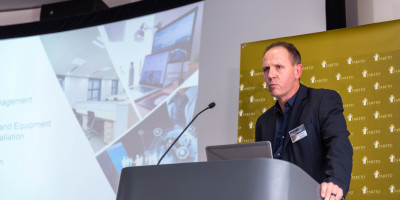 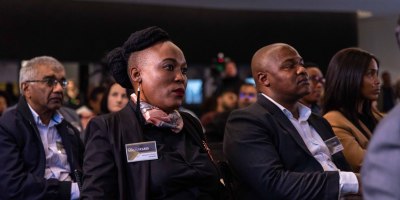 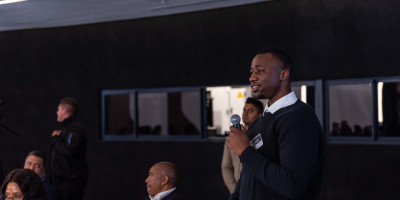 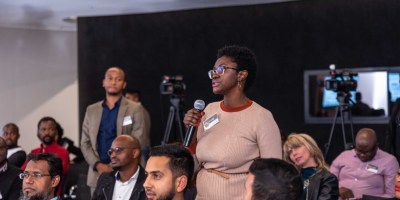 SMMEs at the Climate Action Village